Thanks so much. Your company is such a pleasure to interact with because you are so organized and everything is online. No wonder Azzia Walker recommended you!Thanks,Monika
read testimonials -Monika T.
Small Veggie , November 14, 2012

Why Choose to Eat Organic 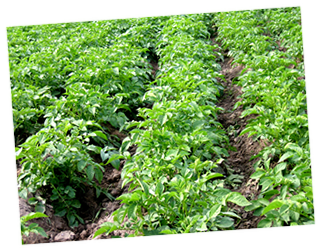 The Basics of Organic

To answer this you should first have a basic understanding of what organic food is and how it is different from non-Organic foods.

Organic foods are grown using traditional farming methods. These methods forego many of the newer controversial growing technologies, which include genetically modified organisms, or GMO's, and the use of synthetic pesticides, insecticides, antibiotics, and food additives. Organic farmers have used natural insecticides and pesticides for thousands of years. Modern day organic farmers and producers must keep strict written records and details of their harvest and they must be compliance with FDA certified organic requirements by passing random, on-site inspections and audits by the FDA and local health departments.

Now that we know some of the important differences between organic and non-organic foods, why should you choose organic? The most obvious difference most people notice when comparing the two types of food at the grocery store is the price. The price of organic food is often slightly higher than non-organics and there are a few reasons for this. First, since organic farms don't use synthetic chemicals or GMO's their crop yield is usually lower than conventional farms. The second reason is organic farms tend to be smaller as opposed to the larger corporate ran commercial farms which can typically produce many more times the crop yield per square foot.

This difference, however, is also agreat selling point for most organic consumers since organic farms are usually found closer to home and thus they are able have a direct positive impact on the local economy.Your dollars spent in locally owned businesses have three times the impact on your community as dollars spent at national chains. When shopping locally, you simultaneously create jobs, fund more city services through sales tax, invest in neighborhood improvement and promote community development. Yes the cost of organic foods is higher, however, so are the benefits and quality.

Organic tastes Better.. and is Better for you!

The next difference, which is not so obvious while comparing foods at the grocery store, is theincreased nutrition and better taste of organic food. Organically raised animals are allowed to grow at their own natural pace without artificial growth hormones, and antibiotics causing them to be healthier therefore providing uswith better tasting meat. The same is true of organic produce, which was shown in a study conducted by Washington State University that organic produce is often lower in nitrates and higher in antioxidants than conventional produce. The same study also showed in lab tests that organic berries were consistently judged as being sweeter.

Other independent studies demonstrate that organic produce has higher levels of nutritionally desirable compounds. I will back up these studies with my own non-scientific experiences by saying that I was surprised that organic lettuce could have a taste. I had always thought lettuce was more or less used only to add some "texture" to my sandwiches and salads but after eating organic lettuce there is no way I would go back. The same is true for organic bananas as well, and the list goes on and on. The conventionally grown bananas I ate after trying Organic ones were quite disappointing. Organic bananas may be smaller than traditionally grown ones, but hey, it's not size that matters, its taste!

Say No to GMO

So on top of supporting small farmers, the local economy and having better taste and nutritional value the biggest and most important difference between conventional and organic food is the synthetic chemicals and GMO's used in conventional food. At first glance having Molecular Biologist and Chemist create genetically modified food may seem like a good idea.The reality of our past should humble our optimism for the future. As time and time again man-made compounds such as Aspartame, Olestra, and DDT, to name a couple, have been credited with untold adverse affects on human and environmental health. Most of these compounds are not found to be toxic until many years later after many people have been exposed and become sick.

Furthermore, even today there are over 14,000 man-made chemicals added to our food supply. In the United States, mandatory labeling of genetically engineered ingredients is not required andit has been estimated that over 70 percent of foods sold in the United States and Canada contain genetically engineered ingredients. The point is that nobody can say with certainty that any of these GMO's orsynthetically altered foods that we consume will not end up having adverse affects to humans and our environments in the future. Children are the ones affected most, as their little bodies are not ready to process such an abundant intake of artificial chemicals.

By eating organic you can have the peace of mind that your food is the same food that Mother Nature intended for you to consume; healthy, delicious, and most importantly, safe.