We are committed to making the healthy choice, the easy co-op dropsite choice for employees and Golden Gate Organics provides us with just that! The produce box delivery are so convenient and affordable for our employees. Especially with the 10% saved on every delivery!   The quality, commitment to sustainability, and the customer service are some of the main reasons we’ve chosen and stuck with Golden Gate Organics!
read testimonials -Gina Madison, RD and Nutrition Program Manager for 1000+ person East Bay Worksite
Co-op Dropsite , May 22, 2018
Recipe Home > Salads & Dressings > Honeynut Squash Pear and Pepitas salad 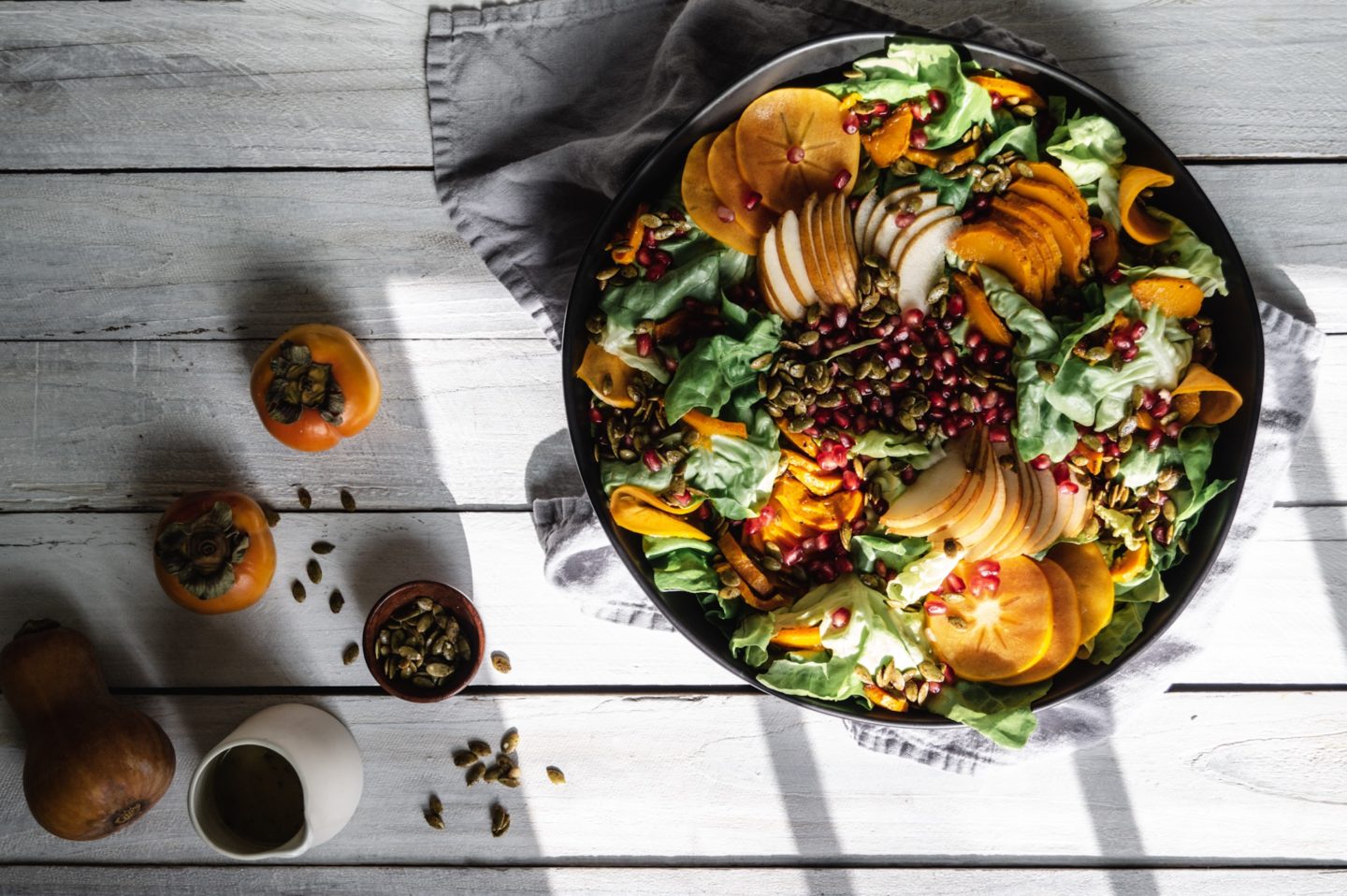 1) Preheat the oven to 400°. On a rimmed baking tray lined with parchment paper toss the squash with olive oil and salt and pepper to taste. Roast 25 minutes until squash is tender.
2) Line a separate baking tray with parchment. Toss the pepitas, maple syrup, cinnamon, and smoked paprika together and spread on a single layer on your baking tray and bake, at the same time as the squash, for 10 minutes.
3) Meanwhile, in a large salad bowl, combine the lettuce, pears, and persimmons and pomegranate.
4) Add all ingredients for the vinaigrette to a small glass jar with a lid that screws on tight. Salt and pepper to taste. Secure the lid tightly and shake vigorously to combine.
5) Thinly slice the squash when it is cool enough to handle.
6) Top the salad with squash and pepitas, pour vinaigrette over the top and serve immediately.

See if you're in our delivery area to get the local organic produce needed for this recipe delivered to your doorstep + use code KIWI50 for 50% off your first order!