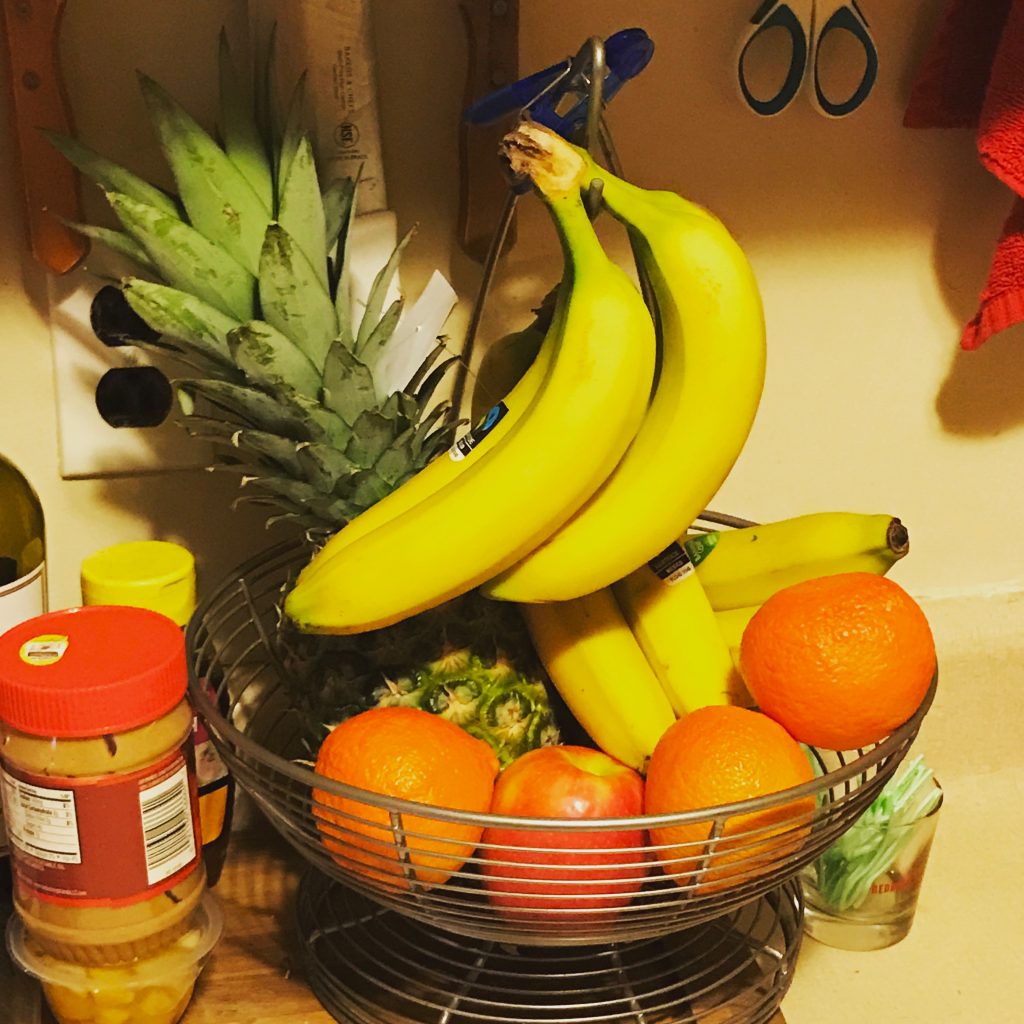 Our organic fruit basket ready for the week. Yum!

When I first was introduced to local organic produce delivery in the Bay Area, I admittedly was not it’s target market. I was a single young woman from Ohio who survived on beer and chicken nuggets. I rarely ate fruit and almost never cooked for myself at home. It’s a wonder that my then boyfriend, Corey, such a health advocate, was even interested in me! All jokes aside, I am so much healthier and happier now that I have both an organic produce delivery service and Corey in my life. I even run a motivational and health oriented instagram account now! But, embarrassingly enough, it took me six years and two kids to fully understand and appreciate a seasonally local organic produce delivery business like Golden Gate Organics.

What to Expect From an Organic Produce Delivery Service

For years, when it came time to fill my local organic produce delivery box, I really didn’t know what I was doing. I saw the weekly menu and just thought, “oh, this looks good” or “oh, I might use that next Thursday”. I didn’t really put much thought into it. And that resulted in so much wasted food! Which is one of the biggest reasons that many organic produce delivery service’s customers decide to cancel their subscription: wasted food. I don’t blame them! It feels awful throwing that food away. Not only are you wasting money, you’re wasting the life of a perfectly wonderful plant that you could have used to nourish your body. I shamefully did this for years. On the bright side, I did learn a lot with my weekly boxes!

Worried About Wasting Produce? Don’t Be!

One of the good things that I learned with my weekly organic produce delivery was how to use produce I never knew anything about. Leeks, for example. I learned to make a delicious leek and potato soup with the recipe included in my weekly produce order email! When I still had produce left over after a couple of weeks I decided to downsize my local produce order to a smaller and less expensive box. Plus it is so easy to substitute our items you don’t like!

Fast forward a few years.. I now have a toddler who has developed quite a taste for fresh fruits and veggies so I upgraded my box size again. Having produce delivered weekly was a great benefit for a hungry toddler in the house too.

Then one day, it hit me. Google! How does an organic food subscription and google go together? Let me explain.

I received the weekly email and decided to really look to see what was available. Beets.. hmm. What the heck can I do with beets? So I googled “beet dinner recipes” and wa-la! I clicked on a recipe that had five stars, which ended up being a beet salad. This particular recipe called for arugula, which also happened to be in my organic produce delivery box that week. I continued this trick for other items on the menu. Like “cabbage veggie soup” was another one that I found because of what was available through Golden Gate Organics that week (cabbage, carrots, onions, potatoes, etc). What else was available? Portobello Mushrooms? You guessed it, we had stuffed portobellos for dinner, too! I also discovered other excellent meals, like apple breakfast smoothies. We were eating local, seasonal produce with every meal and not wasting anything!

At the end of the week, I could not believe my eyes when I saw an empty fruit basket on the counter. My crisper just had a few stalks of celery left inside. I had used my entire order with no waste! And I couldn’t wait for my next delivery.

So What Did I Learn?

The seasonal menu is different every week, so really check out what’s available and base your meals on it! What can you do with a pineapple? Google “pineapple recipes” and have fun! Does that recipe call for milk? Add it to your produce delivery box.  We’re having so much fun discovering all of these new, healthy, mostly vegetarian meals, with the convenience of it arriving on my doorstep each week. And I know you can, too.