Don’t be fooled: organic’s still king of nutrition as far as we’re concerned. Why? Because labels don’t tell you everything, and as it stands, in this food industry, the subject of “non-GMOs” has been hitting the airwaves like a ton of bricks (for the most part, positive bricks) thinking that they’re a great alternative to organic going slim and costing too much money for the benefit.

But Hold Up, People: There’s More to This Non-GMO Craze That You Need to Be Aware of 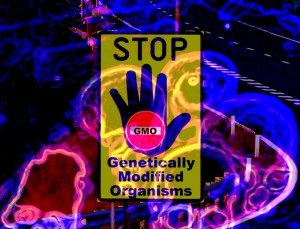 Everyone touts that non-GMO foods are most likely just as safe as organic, but here’s the thing. The label doesn’t tell all about what you’re putting in your stomach (while stating the obvious). GMO actually stands for “genetically modified,” and that’s it. The label doesn’t take into account any of the other substances going into our food products, such as:

That’s the kind of stuff you don’t get in truly organic foods. Labels stating that they’re “non-GMO” doesn’t say much except to say that the good food produced ends up going through the same harsh processes truly organic foods don’t ever have to endure.

So Be Wary of “Non-GMO” and Stick With Organic

True organic foods have literally no additives, preservatives or other types of substances designed to increase longevity. Organics are harvested the old tried-and-true way, not requiring some of the conveniences this society requires to mass-produce and transport goods.

Remember that next time you see supermarkets pushing for their non-GMOs. You may be getting something not genetically modified, but that doesn’t mean it’s not tainted with the worst you could put in your body.