After all, from the beginning of time, crops were planted and harvested where? You guessed it: in the Earth. That’s how it’s always been. That’s how the divine whatevers intended it to work, and it honestly can’t work any other way. Hence why organic farmers are arguing the fact that hydroponics can’t possibly be considered USDA organic certified since the process doesn’t even require soil. 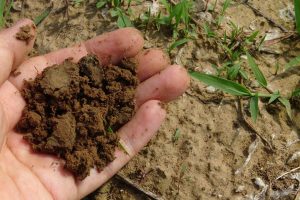 The Argument Organic Farmers Are Making, of Course, Is Backed by the Very Best

The Cornucopia Institute, for example — there you have the standard watchdog group for everything USDA organic, stating that the actual goals of organic production simply require soil. The nutrients in the soil are unmatched. It also contributes to the environment given that it’s a 2-way street. Planting and harvesting crops benefits the Earth just as much as it benefits us as human beings, so then the question again remains:

Why should hydroponics be considered USDA organic? Good question. A question for every foodie, chef, or culinary hopeful.

Of course, hydroponic farmers everywhere are putting up a good literary fight on this deliberation, but it remains to be seen. It’s going to be a long battle on whether or not hydroponic produce can deserve the label of ORGANIC just like the rest of our products done the true and tried way. Sure, hydroponics requires an artificial system of growing. Sure, they’re not using an ounce of soil to grow their produce. But should that matter? Hmm….

What Do You Think, Readers?

Should the label ORGANIC strictly be only for those organic farmers tilling the Earth? Or can be apply it to those innovative growers operating tubes and vats of amplified water? At the moment, hydroponics can be labeled as organic, but that may change. Your opinions matter. Let us know what you think.