That isn’t a lofty statement, you know — being the “largest family-owned organic farm in California.” The proof is in the numbers, though, for one Lakeside Organic Gardens, a virtual empire of organic produce unlike anything you’ve ever seen, and they’ve only been around since 1996.

Want to Know Just How Big Lakeside Organic Gardens Is? 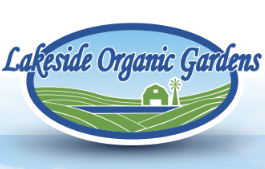 The farm produces over 45 commodities all year round. Let’s just put it that way. And to make it even better, Lakeside distributes all over the United States and all over western Canada. That’s quite a reach. They sell not only to distributors, but to national chain grocers and even processors. They even personally deliver to restaurants and other local grocers in the San Francisco Bay area. They’re the real deal.

What we think is funny, though, is that they’re considered a “small grower/shipper” of organic produce. Their reputation says otherwise.

And how did they start? With nothing more than a 55-acre farm located right in Watsonville, CA. It was when 1996 hit that organic became the rage and the owner caught what was known as the “bug” back then, converting to 100% organic (which we like to hear), and the rest is history. Since then they’ve been increasing the acreage and running trials for new veggie varieties, and let’s just say it shows. We repeat: over 45 products total.

So You Can’t Go Wrong With Lakeside Organic Gardens

Which is why you absolutely have to check them out right here. Everything you need to know about California’s premier organic farm is for the taking. We’re not just talking organic fruit. We’re talking organic veggies, green, dark green, light green, all sorts of colors.

They’ve got everything covered. These other California organic farms have it all covered, too!