You can’t shake the fact that hydroponics has made a dent in the health foods market for good reason. They’re basically growing produce without soil and using honestly the healthiest substance known to man on this Earth: water. Infused water with all the natural nutrients crops actually need. A genius form of farming when you think about it. However, when it comes to the USDA organics industry, there’s some deliberation on whether or not hydroponics has earned the right to be considered organic. As in, these crops aren’t even utilizing the Earth at all. Plain and simple. 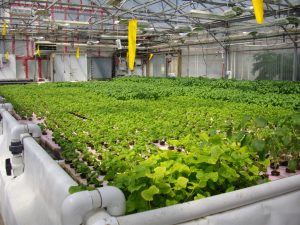 Hydroponic Farmers, Though, Have Made an Important Point Here:

By simply not using the soil of the Earth, they’re contributing to the environment while providing the healthiest foods. An interesting viewpoint. Since organics does promote sustainability, that leaves soil alone, resulting in less damage, deterioration, and longevity. After all, water never gets ‘stale’. Lakes and rivers don’t exactly dry up or get contaminated, so to speak. Hydroponics aren’t necessarily governed by the weather, global warming, and other adverse effects that could contaminate the Earth. By leaving the Earth alone, hydroponics actually contributes to the environment in much the same way traditional organics do, which adheres to the basic principles behind the USDA.

Whether or not the board of public volunteers comprised of organic farmers, environmentalists and consumer advocates would agree with that assessment is another story, though. Still, it’s quite compelling, and the proof is in the hydroponic pudding, as it were. The question then is simple:

Does This Argument Hold for You?

Or are hydroponic farmers grasping for straws here? They make a point about the Earth and the efficiency of traditional organic farming, albeit very healthy, determined, homegrown and reliable. If you can make the highest quality produce with minimal effect to the Earth, wouldn’t that also be considered as organic? You be the judge. Let us know what you think.