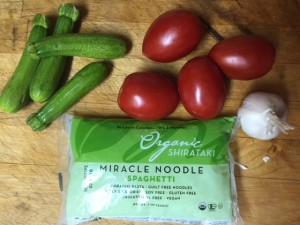 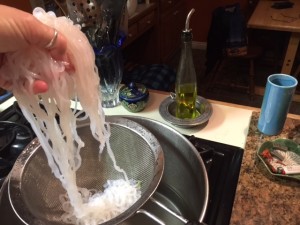 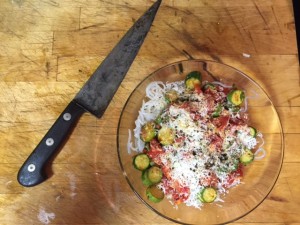 We’ve all heard it a million times: there’s no such thing as a free lunch. It’s a maxim that diet conscious folks and processed food giants alike have been trying to disprove — or at least circumvent — for decades.

Some of the biggest commercial experiments in having your cake and eating it too have been downright disastrous. Recall seriously misguided Olestra, the lab-generated fat, calorie and cholesterol-free oil substitute that offered snackers the chance to gorge on potato chips and pastries without the weight-gain consequences.

Touted as a diet miracle back in the mid-90s, it turned into a PR nightmare as quickly and uncomfortably as Olestra itself was passing through the rumbling digestive systems of millions of decidedly distressed American consumers.

The cautionary tale of Olestra has stayed with me all these years and helped shape my longstanding conviction that the healthiest foods are not those crafted by nutrition scientists in a lab, but those that are organic and minimally processed, regardless of their calorie count.

So when Corey handed me a bag of “Organic Shirataki Miracle Noodles” to try out and review for the blog, I was more than a little skeptical — beginning with the word “miracle” and extending to its claim of being virtually calorie and carbohydrate free, a perfect guilt-free substitute for pasta.

But this isn’t some nutritionist’s lab gimmick at all. It’s a traditional Japanese noodle that has been around for two-thousand years.

Shirataki noodles are made from nothing but water and a pounded fiber called glucomannan that comes from the root tuber of the konjac plant (konnyaku imo), also known as devil’s tongue yam or elephant yam, (though it’s not actually a yam).

Glucomannan is an undigestible fiber that is gluten, carb and calorie free, highly soluble, slick and slippery in texture, and utterly devoid of any taste or flavor of its own.

It does come with a distinct smell though. Shirataki noodles are packaged wet in a bag, and the water in which they squish has a distinct odor perhaps best described as that of trout innards spilled on the floor of a fishing skiff passing on the breeze. Yes, seriously. The first step in preparation is a thorough repeat rinsing to get rid of the funky smell, which indeed goes away entirely before a quick boiling and then flash heating in a pan to dry them (unless you’re putting them into a soup).

I prepared mine as a substitute for traditional wheat pasta as the package encourages – “Use Miracle Noodles as a pasta substitute in any dish dramatically reducing calories. Finally, you can have your pasta and eat it too!”

Under a sauce of olive oil, garlic, onions, Roma tomatoes, zucchini, fresh basil leaves and other Italian spices, I plated the noodles and topped everything with a little grated Romano cheese and cracked pepper. I was hungry and ate eagerly, but something was not quite right.

The noodles were translucent, gelatinous and a little bit snappy when I bit in – quite pleasing — and they most definitely have the slick mouth feel that is distinctive of many Asian noodles. They contributed absolutely zero in the way of flavor; the sauce and veggies dominated entirely. It tasted fine, and yet it didn’t.

After a while I realized that the texture and the taste simply did not match; it created an odd sort of incongruence that I think had a lot more to do with mixing inappropriate culinary metaphors — Asian noodles and Italian flavors –than any failing of the shirataki noodles themselves.

I don’t think shirataki noodles are a replacement for pasta, at least for me, but I do think they are an awesome thing in and of themselves. I am definitely not done with Miracle Noodles.

I love the idea of a healthy no-calorie, no-carb noodle that’s been around for centuries, and I can’t wait to try doing other things with them — putting them in soups, using them in spring rolls and wraps, making cold noodle salads, and putting them under Asian spiced stir fries instead of rice.

Hopefully my first experience with these noodles will point other folks in the right direction if they give them a try. I say go for it;  it really is the closest thing to a free lunch I’ve ever seen — quite a miracle in my book.

Shirataki Miracle Noodles are available as an add-on item in Golden Gate Organic’s weekly organic produce box delivery throughout the San Francisco Bay Area. Let us know what you think of them!