They’ve been around for the longest time, making us sick to our stomachs but somehow alleviating the stress of the day and filling our bellies enough to keep us going. Nothing against fast food, honestly — it serves a valid purpose in today’s society. But think about just how long the fast food phenomenon has been around. After all, Michael Keaton recently starred in the breakout film “The Founder,” heralding the launch of arguably the most prolific and biggest fast food chain in history (*ahem* McDonald’s). Needless to say, the fast-food market’s an American institution, having swam overseas at length to populate the masses over there. It’s been around so long, too, that ultimately we’re seeing a massive change in the market, and here’s why:

In the Not-to-Distant Future, We May See Organic Food Quality Enter Into the Space of the Fast Food Market

And it would be unprecedented. Think about it: veggie burgers sold at Burger King, tofu tacos at Taco Bell. The concept blows minds (and not stomachs). The thing is we’re already seeing that happen right now  with some breakout branches potentially forcing the trend on the big heavy hitters, like Wendy’s and such. And it’s not just a fad. It’s a success. You can see why Golden Gate’s big on organic food and produce already, because it connects to everything — 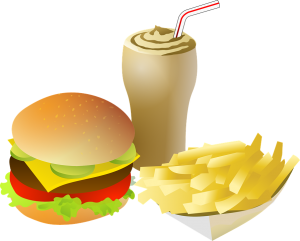 Yes, definitely restaurants. Not just your standard fare, but the fast-food kind. This ups the value of everything organic in a big way, which is a big reason why you can subscribe and have successful organic food delivery with GGO and supercharge your food health. The occasional trip out to eat, though, can’t hurt. We welcome it. The fact that restaurants are buying into this organic food trend is a big deal, but the question is this:

Will the big guys see the writing on the wall?

Come on, Burger King. We love the Whopper, but we’ve got to transcend the grease and Calories and go for something seamlessly satisfying without sacrificing our midriffs. It would take quite a while as the big chains out there still control the majority of fast-food-eating society, but over time when you see that health declines, and the healthier propel, ultimately the whole survival of the fittest mentality comes into play.

People want to live longer. To live longer, you have to eat better. And you can’t eat better if you’re eating grease all the time. We saw it with the Subway Diet, and there are other casual eating dives promoting some form of healthy eating, but sooner or later, organic products will make their way into kitchens and promote the next big thing in culinary genius. Think about it: the only thing better than whole grain…is organic whole grain. And the benefits are clear.

As We Mentioned, There Are Seven Reasons Why Organic Food Will Change the Entire Industry

Something has to give, right? Here are seven reasons why the market will give in. Successful fast food chains with emphasis on green quality and organic excellence are the reasons, starting with….

Here’s the craziest part of this list: this is only a fraction of the number of fast-food chains breaking into the industry with a focus on organic food!

And it will only be a process, okay? An arguably long process. Think about it. All the Mickey D’s, Burger King’s, and Taco Bell’s in the world have to either weather this storm, or join in on the maelstrom that is organic food! You be the judge — what’s going to happen? You think everyone from Wendy’s to Checkers can accomodate? We. Shall. See!