You’d think that imports would be a good thing, right? We see it with the automotive industry, the retail industry — well, just about everything. Even groceries. But organic food? That’s an entirely different beast, and one we’re not liking for a specific reason.

First Off, Recognize That It’s Not the Organic Food Market’s Fault

After all, this is a market getting bigger and bigger and bigger with no signs of stopping. Supply’s so strained that brands struggle to look for more channels to provide the public with the organic food they love so much. Needless to say, they turn to 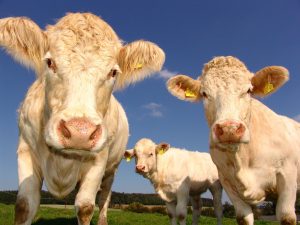 imports, most notably from the Ukraine, Turkey, India, and China. Here’s the problem with that:

These countries don’t possess the strict organic food standards we have. Presents a problem, don’t you think?

The issue is in regards to the regulations with animal feed. As we all know now, the so-called “organic food market” we’ve been seeing is plagued by the fact that it’s not really organic due to a domino effect. Only organic-only grains fed to cows can then literally source everything from organic beef to even organic milk. The way the products are processed is just one step of a very long staircase.

Because these countries don’t possess those regulations for organic-only grains, livestock gets what they get. For good reason, though!

The Market Is What It Is Given What the U.S. Currently Grows as Far as Animal Feed

Sadly, almost all of the corn and soybean you’ll find grown in the U.S. are genetically engineered. Not necessarily a bad thing, but if that’s what our cows are grazing, then technically, we’re not getting our healthy organic food from them. Because of our standards, we’re forced to import other grains from around the world supposedly considered organic.

Now don’t get us wrong: they just might be. However, the USDA or any other inspection service won’t be able to really determine if the quality’s there for imported grains. Once they’re shipped, that’s it. That’s what our cows get. And it’s pretty sad that we’re the net importer of organic goods, which is why you won’t often see the terms “locally grown” anywhere in supermarket chains.

The numbers are staggering: we literally import $160MM worth in “organic” yellow corn annually. That’s a 400% increase since 2014! In two years, we’ve seen a 75% increase in organic soybean imports; that’s currently at an alarming $250MM in costs.

The Question You Then Have to Ask Yourself Is This:

Are those imports truly organic? We’re willing to bet you can’t confidently say YES. We know that normally we’d be all for substantial growth in this organic food market, but something needs to bend here. Locally grown is the way to go as Golden Gate Organics supports it. Just SIGN UP RIGHT NOW AND BENEFIT FROM YOUR LOCAL EXCELLENCE RIGHT NOW!

The hope is that some sort of regulation exists that makes it possible for the entire world to benefit from healthy organic food. Until then, we’ll be going through growing pains.